(Quoted from "Ace cry!") I have seen "Aim for the Ace!" with an animation film by Director Osamu Dezaki.

However, I never read the original.

As for why I became interested in reading this time,

"A genius is a person who can keep on making efforts, it has a methodology " because this comic story appeared in it.

In the book, the following episodes were introduced.

In the manga "Aim for the ace!", Reika Ryuzaki also called "Mrs. Butterfly" leaves quotes related to the effort. The main character Hiromi Oka is in need of a game against her from his opponent's mother. The opponent said that she could not put her skill by spraining the wrist on her way. "My daughter was not able to make a profit, you are unwilling to win such a girl, let's play again with her best condition." Reika Ryuzaki heard it from Hiromi Oka broke it in the following way. "No matter how good such a person is, there is no qualification to play tennis"

As a result of reading this episode, I came to follow the Twitter remarks bot of "Aim for the Ace!"

"The enthusiasm of words spoken by characters in this comic is not extraordinary!"

And I read the whole volume in a stroke.

Although it is a protagonist, something is not excelled, it seems to be only an ordinary girl.

She is not exceptionally good in dynamic visual acuity, she does not strike the disappearing Magic ball, of course, she can not hit a service ace with such power that can destroy a fence, of course.

But that's why it's good.

Sumika Yamamoto, the author, did not rely on manga's greatest strength, "extraordinariness".

She set out to draw a sports manga set in a world directly linked to reality high school students.

Hiromi Oka exists on an extension of their world.

It is very far, but she certainly exists in the same world where we live.

The expressive form of manga is pretty free.

However, if the author is too overconfined in its freedom, it often happens to be a work of opportunism.

The high spirituality of the people surrounding Hiromi Oka is already amazing.

And it's very suits.

Oh, the biggest happy moment of reading "Aim For The Ace!" while throbbingly saying "What will happen to Hiromi ahead?", although sad, it ended.

I would like to look back over the paths of Hiroyuki Oka over the next 18 times.

Thank you for reading until the end. 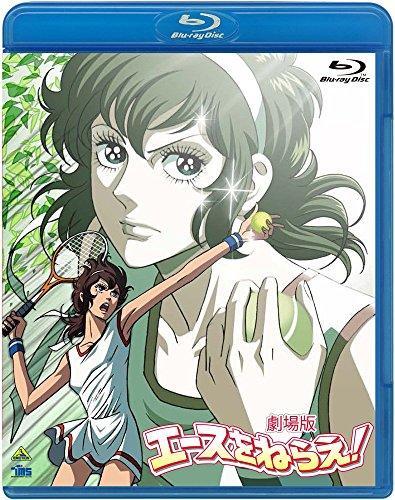