For the first time, my GHIBLI movie I saw at a movie theater was "Borrower Arrietty" (alternative title: The Secret World of Arrietty).

Director is Mr. Hiromasa Yonebayashi. He is the young ace of Studio Ghibli.

"Ghibli movie equal Mr. Hayao Miyazaki, and Mr. Isao Takahata", as people of the world thought as a matter of course, what Mr. Miyazaki was not a director was a shock a little.

However, no matter how hard Mr. Miyazaki of Tough Guy does, he will not have worked hard for nearly half a century.

And maybe he thought about when it was good to give baton to the younger generation.

We went to the cinema with a single loneliness and expectations for a young talented coach.

The film was fabulous.

I saw it twice.

However, if I was asked if I was deeply impressed, I would reply that it was not that much.

For example, one of the things I expect from Ghibli movies is as follows.

In "My Neighbor Totoro", the scene where Mae and Satsuki 's father take a look out of the running car.

Father 's hat is about to be blown off by the wind, and he puts his head in haste.

In the audience who saw that scene for the first time, there must have never been a person who was kept in a state of mind.

One of the attractions of Miyazaki's animation is that it is impossible to predict what will happen in a second.

Regarding that point, the movie directed by Mr. Yonebayashi and Director Goro Miyazaki does not shake our heart so much.

Certainly like the original Ghibli movies, the characters slip and stumble, breaking the balance or falling off.

There is nothing left behind.

In a bad meaning there is a feeling that "slippin' & sliding" has become ghibli's "traditional art".

Maybe Mr. Hayao Miyazaki's talent is prominent, so it may seem more.

However, whenever I see "Kiki's Delivery" or "My Neighbor Totoro", I can not help thinking that he is special.

Anyway, even if that animation is just saying "the cat is walking", life will start to dwell as soon as he drew.

The person who saw it somehow wants to cry, it becomes painful, and he / she realizes that this living world is an irreplaceable treasure.

However, the real society seems to be heading in the direction opposite Mr. Miyazaki's ideal.

The talk book that I introduce this time is what was announced by two people who are distressed by "a society that continues to brain".

He is an anatomist and professor emeritus at the University of Tokyo.

Mr. Yuro is also naming as an insect collector.

The first 20 pages of the book are in color.

A wonderfull illustration of Mr. Hayao Miyazaki is on it.

(It is quoted below.)

(Yoro) In "My Neighbor Totoro", there was a scene where little sister had discovered Totoro and was gazing at intently. I asked the Tokuma Book store staff and asked the girl drawn out from the front to enlarge greatly and stuck it to the wall of the faculty room of the University of Tokyo. A small girl sitting and looking at him gently staring that eyes very well. In the meaning that the person who will do the dissection must be with such an eye. (Miyazaki) After all they are all "dislike human beings". (snip) Everyone likes humans who are familiar. However, when it becomes mankind or a foreigner, it immediately comes to the feeling that "they should not be somewhere". I guess there is no time when everyone is disliking humans. (Miyazaki) If the child only saw the Totoro movie, they would like to pick up even on acorn, but if they keep looking all the time, they will not go picking up acorns. Why do parents do not know there? (Miyazaki) Will the various problems that are happening to children now solve only by "educational problems"? There are many people who blame the Ministry of Education or the teachers, but I think that is not the case. People crowded about them, people got this way. (Miyazaki) Why do people say "the future, the future" by so much? The child 's future is determined to be a boring adult. Because we are (haha). (Miyazaki) People are not watching movies by theme. From when, it seems to have come to think of things by theme or message, but it is a lie, that's it. (Miyazaki) For us, sensuality is when we draw a running boy, while feeling the pain of the stones that penetrate the soles of the feet and the hem of the clothes that cling to the feet, stick at my work to manifest somehow running it is that. (Miyazaki) I think that it is more important to understand that the cutaneous feeling works there rather than sex or something, and whether the picture is about to have such a thing is more important. (Yoro) Information seems to move at first glance, but in fact it is stopped. But people think in reverse. Information changes everyday, humans do not change. (Yoro) So, animation, people often make fun of being children's things, but it's not true, it's true realism. For some reason, the details that do not need are falling. (Miyazaki) I think the essence of children is tragic. Children are forced to lose the wonderful possibilities that everyone has that much to become a boring adult.

※ I can not write English well.

If there is a strange place, please do not hesitate to point out.

Thank you for reading until the end.

Have a good day! 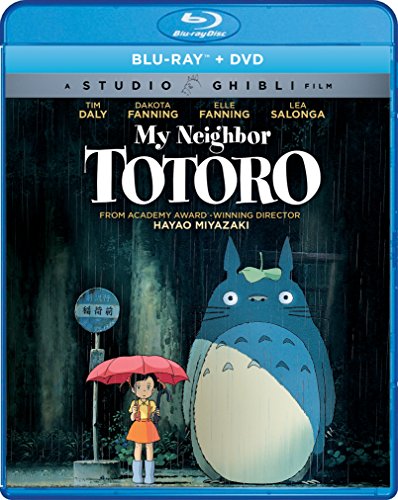